Today Joan called me in a panic. The job she's been happy in for the past two years is coming to an end due to company restructuring. I had coached Joan for several months to help her land this position after she'd been laid off the last time. She worked so hard to get it, and now she's going to have to hit the pavement again. It's so unfair! What makes the situation particularly painful is that Joan did not maintain her network of contacts once she accepted her current position. She thinks she knows where some of these people are, but will have to do some legwork to reestablish all her connections. This process will slow down her job search considerably.

With the average stay on a job now less than three years, it is critical to build and nurture a strong 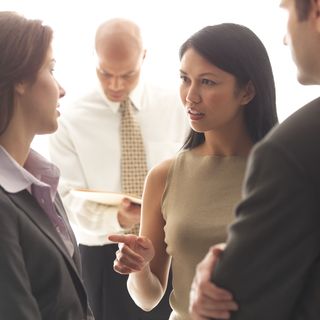 professional network for the life of your career. Stay in touch with people through occasional emails, greeting cards, and phone calls. Go out to lunch once in awhile. Don't end up like Joan – out of work one more time and having to start from scratch to rebuild your network. You are the only one responsible for your job security; you cannot afford to stop networking just because you get a new job. Jobs are transitory and will not last forever. Focus on the relationships you build to bridge you from one job to the next.

We're heading into the holiday season where more opportunities for networking present themselves. Please take advantage of these. Don't just party – build personal relationships! Even if you're not in the market to change jobs, broaden your knowledge base about what career opportunities exist. You never know when you'll need a little help from your friends.

Wishing you career success in 2013!

Scroll back to top